It’s not always easy to see when your drinking has crossed the line from moderate or social use to problem drinking. But if you consume alcohol to cope with difficulties or to avoid feeling bad, you’re in potentially dangerous territory. Alcoholism and alcohol abuse can sneak up on you, so it’s important to be aware of the warning signs and take steps to cut back if you recognize them. Understanding the problem is the first step to overcoming it.

Do you have a drinking problem?

You may have a drinking problem if you…

Alcoholism is the most severe form of problem drinking. Alcoholism involves all the symptoms of alcohol abuse, but it also involves another element: physical dependence on alcohol. If you rely on alcohol to function or feel physically compelled to drink, you’re an alcoholic.

Do you have to drink a lot more than you used to in order to get buzzed or to feel relaxed? Can you drink more than other people without getting drunk? These are signs of tolerance, which can be an early warning sign of alcoholism. Tolerance means that, over time, you need more and more alcohol to feel the same effects.

Do you need a drink to steady the shakes in the morning? Drinking to relieve or avoid withdrawal symptoms is a sign of alcoholism and a huge red flag. When you drink heavily, your body gets used to the alcohol and experiences withdrawal symptoms if it’s taken away. These include:

Other signs and symptoms of alcoholism (alcohol dependence)

Myth #1: I can stop drinking anytime I want to.

Myth #2: My drinking is my problem. I’m the one it hurts, so no one has the right to tell me to stop.

Myth #4: I’m not an alcoholic because I have a job and I’m doing okay.

Myth #5: Drinking is not a “real” addiction like drug abuse.

Most people with alcohol problems do not decide to make a big change out of the blue or transform their drinking habits overnight. Recovery is usually a more gradual process. In the early stages of change, denial is a huge obstacle. Even after admitting you have a drinking problem, you may make excuses and drag your feet. It’s important to acknowledge your ambivalence about stopping drinking. If you’re not sure if you’re ready to change or you’re struggling with the decision, it can help to think about the costs and benefits of each choice.

Evaluating the costs and benefits of drinking

Is Drinking Worth The Cost?

Benefits of not drinking:

Costs of not drinking:

Once you’ve made the decision to change, the next step is establishing clear drinking goals. The more specific, realistic, and clear your goals, the better. 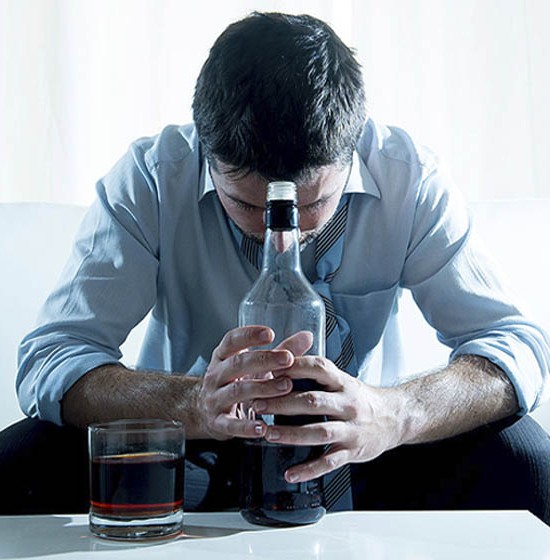