Autism is a group of developmental brain disorders, collectively called autism spectrum disorder (ASD). The term “spectrum” refers to the wide range of symptoms, skills, and levels of impairment, or disability, that children with ASD can have. Some children are mildly impaired by their symptoms, but others are severely disabled.

Symptoms of autism spectrum disorder (ASD) vary from one child to the next, but in general, they fall into three areas:

Most children with ASD have trouble engaging in everyday social interactions. According to the Diagnostic and Statistical Manual of Mental Disorders, Fourth Edition – Text Revision, some children with ASD may:

Children with ASD often have repetitive motions or unusual behaviors. These behaviors may be extreme and very noticeable, or they can be mild and discreet. For example, some children may repeatedly flap their arms or walk in specific patterns, while others may subtly move their fingers by their eyes in what looks to be a gesture. These repetitive actions are sometimes called “stereotypy” or “stereotyped behaviors.”
Children with ASD also tend to have overly focused interests. Children with ASD may become fascinated with moving objects or parts of objects, like the wheels on a moving car. They might spend a long time lining up toys in a certain way, rather than playing with them. They may also become very upset if someone accidentally moves one of the toys. Repetitive behavior can also take the form of a persistent, intense preoccupation.1 For example, they might be obsessed with learning all about vacuum cleaners, train schedules, or lighthouses. Children with ASD often have great interest in numbers, symbols, or science topics.

Prenatal factors that may contribute to autism

Treatment to Control Autism in Children :

Discovering that your child has an autism spectrum disorder can be an overwhelming experience. For some, the diagnosis may come as a complete surprise; others may have had suspicions and tried for months or years to get an accurate diagnosis. Today the picture is much clearer. With appropriate services and supports, training, and information, children on the autism spectrum will grow, learn and flourish, even if at a different developmental rate than others.

While there is no known cure for autism, there are treatment and education approaches that may reduce some of the challenges associated with the condition. Intervention may help to lessen disruptive behaviors, and education can teach self-help skills that allow for greater independence. But just as there is no one symptom or behavior that identifies individuals with ASD, there is no single treatment that will be effective for all people on the spectrum.

An early, intensive, appropriate treatment program will greatly improve the outlook for most young children with autism. Most programs will build on the interests of the child in a highly structured schedule of constructive activities. Visual aids are often helpful.

Treatment is most successful when it is geared toward the child’s particular needs. An experienced specialist or team should design the program for the individual child. A variety of therapies are available, including:

Sensory integration and vision therapy are also common, but there is little research supporting their effectiveness. 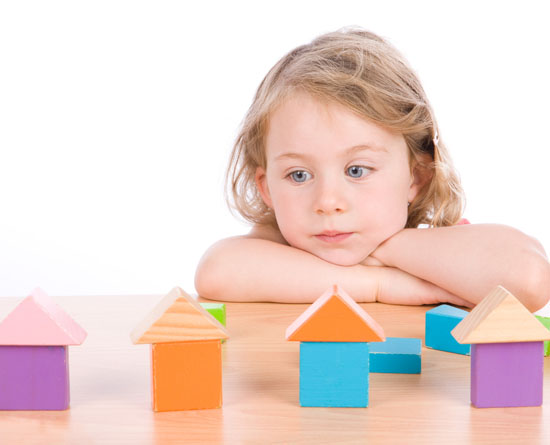