People with panic disorder have sudden and repeated attacks of fear that last for several minutes. Sometimes symptoms may last longer. These are called panic attacks. Panic attacks are characterized by a fear of disaster or of losing control even when there is no real danger. A person may also have a strong physical reaction during a panic attack. It may feel like having a heart attack. Panic attacks can occur at any time, and many people with panic disorder worry about and dread the possibility of having another attack.

A person with panic disorder may become discouraged and feel ashamed because he or she cannot carry out normal routines like going to the grocery store or driving. Having panic disorder can also interfere with school or work.

Signs and Symptoms of Panic Disorder

A panic attack is a sudden surge of overwhelming fear that comes without warning and without any obvious reason. It is far more intense than the feeling of being “stressed out” that most people experience. Symptoms of a panic attack include:

You probably recognize this as the classic “flight or fight” response that human beings experience when we are in a situation of danger. But during a panic attack, these symptoms seem to rise from out of nowhere. They occur in seemingly harmless situations–they can even happen while you are asleep.

In addition to the above symptoms, a panic attack is marked by the following conditions:

Body: There may be a genetic predisposition to anxiety disorders; some sufferers report that a family member has or had a panic disorder or some other emotional disorder such as depression. Studies with twins have confirmed the possibility of “genetic inheritance” of the disorder.

Panic Disorder could also be due to a biological malfunction, although a specific biological marker has yet to be identified.

All ethnic groups are vulnerable to panic disorder. For unknown reasons, women are twice as likely to get the disorder as men.

Mind: Stressful life events can trigger panic disorders. One association that has been noted is that of a recent loss or separation. Some researchers liken the “life stressor” to a thermostat; that is, when stresses lower your resistance, the underlying physical predisposition kicks in and triggers an attack.

Both: Physical and psychological causes of panic disorder work together. Although initially attacks may come out of the blue, eventually the sufferer may actually help bring them on by responding to physical symptoms of an attack.

Panic attacks can also be caused by medical conditions and other physical causes. If you’re suffering from symptoms of panic, it’s important to see a doctor to rule out the following possibilties:

Panic attacks and panic disorder are treatable conditions. They can usually be treated successfully with self-help strategies or a series of therapy sessions.

Cognitive behavioral therapy is generally viewed as the most effective form of treatment for panic attacks, panic disorder, and agoraphobia. Cognitive behavioral therapy focuses on the thinking patterns and behaviors that are sustaining or triggering the panic attacks. It helps you look at your fears in a more realistic light.
For example, if you had a panic attack while driving, what is the worst thing that would really happen? While you might have to pull over to the side of the road, you are not likely to crash your car or have a heart attack. Once you learn that nothing truly disastrous is going to happen, the experience of panic becomes less terrifying.

In exposure therapy for panic disorder, you are exposed to the physical sensations of panic in a safe and controlled environment, giving you the opportunity to learn healthier ways of coping. You may be asked to hyperventilate, shake your head from side to side, or hold your breath. These different exercises cause sensations similar to the symptoms of panic. With each exposure, you become less afraid of these internal bodily sensations and feel a greater sense of control over your panic.

Medication can be used to temporarily control or reduce some of the symptoms of panic disorder. However, it doesn’t treat or resolve the problem. Medication can be useful in severe cases, but it should not be the only treatment pursued. Medication is most effective when combined with other treatments, such as therapy and lifestyle changes, that address the underlying causes of panic disorder. 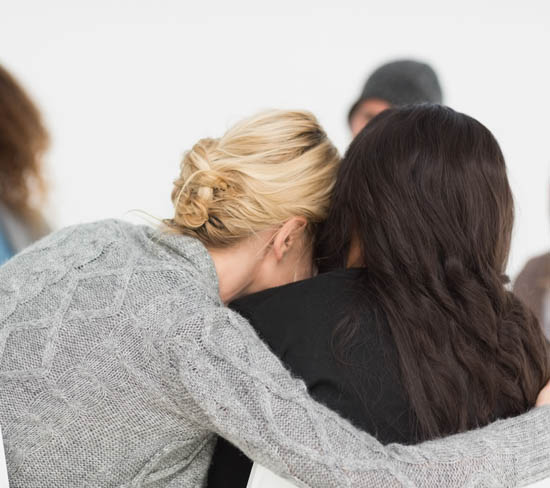