Schizophrenia is a chronic, severe, and disabling brain disorder that has affected people throughout history. People with the disorder may hear voices other people don’t hear. They may believe other people are reading their minds, controlling their thoughts, or plotting to harm them. This can terrify people with the illness and make them withdrawn or extremely agitated.

Positive symptoms are psychotic behaviors not seen in healthy people. People with positive symptoms often “lose touch” with reality. These symptoms can come and go. Sometimes they are severe and at other times hardly noticeable, depending on whether the individual is receiving treatment. They include the following:

Hallucinations are things a person sees, hears, smells, or feels that no one else can see, hear, smell, or feel. “Voices” are the most common type of hallucination in schizophrenia. Many people with the disorder hear voices. The voices may talk to the person about his or her behavior, order the person to do things, or warn the person of danger. Sometimes the voices talk to each other. People with schizophrenia may hear voices for a long time before family and friends notice the problem.

Other types of hallucinations include seeing people or objects that are not there, smelling odors that no one else detects, and feeling things like invisible fingers touching their bodies when no one is near.

Delusions are false beliefs that are not part of the person’s culture and do not change. The person believes delusions even after other people prove that the beliefs are not true or logical. People with schizophrenia can have delusions that seem bizarre, such as believing that neighbors can control their behavior with magnetic waves. They may also believe that people on television are directing special messages to them, or that radio stations are broadcasting their thoughts aloud to others. Sometimes they believe they are someone else, such as a famous historical figure. They may have paranoid delusions and believe that others are trying to harm them, such as by cheating, harassing, poisoning, spying on, or plotting against them or the people they care about. These beliefs are called “delusions of persecution.”

Thought disorders are unusual or dysfunctional ways of thinking. One form of thought disorder is called “disorganized thinking.” This is when a person has trouble organizing his or her thoughts or connecting them logically. They may talk in a garbled way that is hard to understand. Another form is called “thought blocking.” This is when a person stops speaking abruptly in the middle of a thought. When asked why he or she stopped talking, the person may say that it felt as if the thought had been taken out of his or her head. Finally, a person with a thought disorder might make up meaningless words, or “neologisms.”

Movement disorders may appear as agitated body movements. A person with a movement disorder may repeat certain motions over and over. In the other extreme, a person may become catatonic. Catatonia is a state in which a person does not move and does not respond to others. Catatonia is rare today, but it was more common when treatment for schizophrenia was not available. “Voices” are the most common type of hallucination in schizophrenia.

People with negative symptoms need help with everyday tasks. They often neglect basic personal hygiene. This may make them seem lazy or unwilling to help themselves, but the problems are symptoms caused by the schizophrenia.

Cognitive symptoms often make it hard to lead a normal life and earn a living. They can cause great emotional distress.

A combination of genetic and environmental factors play a role in the development of schizophrenia. People with a family history of schizophrenia who suffer a transient psychosis have a 20–40% chance of being diagnosed one year later.

Estimates of heritability vary because of the difficulty in separating the effects of genetics and the environment.The greatest risk for developing schizophrenia is having a first-degree relative with the disease (risk is 6.5%); more than 40% of monozygotic twins of those with schizophrenia are also affected. It is likely that many genes are involved, each of small effect and unknown transmission and expression. Many possible candidates have been proposed, including specific copy number variations, NOTCH4, and histone protein loci. A number of genome-wide associations such as zinc finger protein 804A have also been linked. There appears to be significant overlap in the genetics of schizophrenia and bipolar disorder.

Assuming a hereditary basis, one question from evolutionary psychology is why genes that increase the likelihood of psychosis evolved, assuming the condition would have been maladaptive from an evolutionary point of view. One idea is that genes are involved in the evolution of language and human nature, but to date such ideas remain little more than hypothetical in nature.

Environmental factors associated with the development of schizophrenia include the living environment, drug use and prenatal stressors. Parenting style seems to have no major effect, although people with supportive parents do better than those with critical or hostile parents.Living in an urban environment during childhood or as an adult has consistently been found to increase the risk of schizophrenia by a factor of two,even after taking into account drug use, ethnic group, and size of social group. Other factors that play an important role include social isolation and immigration related to social adversity, racial discrimination, family dysfunction, unemployment, and poor housing conditions.

A number of drugs have been associated with the development of schizophrenia, including cannabis, cocaine, and amphetamines. About half of those with schizophrenia use drugs and/or alcohol excessively.The role of cannabis could be causal, but other drugs may be used only as coping mechanisms to deal with depression, anxiety, boredom, and loneliness.

Cannabis is associated with a dose-dependent increase in the risk of developing a psychotic disorder with frequent use being correlated with twice the risk of psychosis and schizophrenia. While cannabis use is accepted as a contributory cause of schizophrenia by many, it remains controversial. Amphetamine, cocaine, and to a lesser extent alcohol, can result in psychosis that presents very similarly to schizophrenia.Although not generally believed to be a cause of the illness, people with schizophrenia use nicotine at much greater rates than the general population.

Factors such as hypoxia and infection, or stress and malnutrition in the mother during fetal development, may result in a slight increase in the risk of schizophrenia later in life. People diagnosed with schizophrenia are more likely to have been born in winter or spring (at least in the northern hemisphere), which may be a result of increased rates of viral exposures in utero. This difference is about 5 to 8%.

Schizophrenia treatments include antipsychotic medications and various psychosocial treatments. The major components of management of a person suffering from Schizophrenia include: 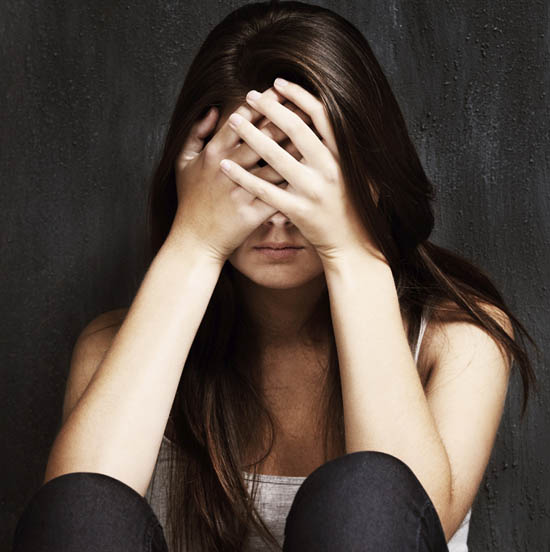